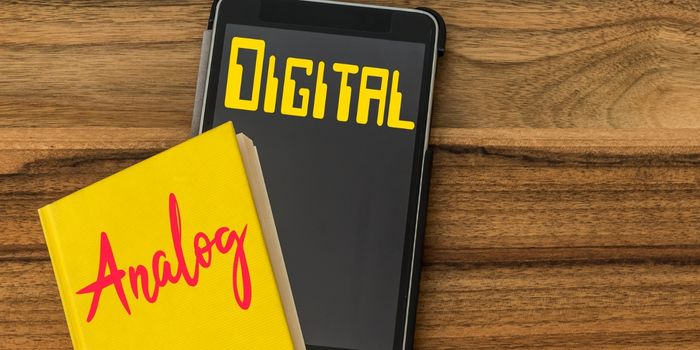 Why do you need to bother distinguishing between the two input methods?

Frankly, the distinction is essential for circuits’ signal processing.

You should be aware of it to avoid improperly combining one system with another.

Additionally, analog input has quite different applications from digital input.

If you make a mistake, you will be in the wrong direction in two of the most essential elements of controlling industrial machinery:

Sensors like absolute sensors are used in conjunction with DCSs. The DCS aids in the production process by regulating the flow of materials through the plant.

It gets signals (inputs) from buttons or switches, which are pressed by humans.

PLC then issues commands to the machines to carry out specific tasks as ordained by its programming.

DCS and PLC for digital and analog systems are not the same.

The term “analog input” is often referred to as Analog I/O in the field of IT and electronics.

To explain it easily, let’s take a person’s voice as an example.

The speech input for a recording device comes from an analog source (the voice), and the voice recorder (machine) processes this analog data.

Other types of analog inputs are:

An interface is needed to accept information from these analog signals or analog inputs.

This interface is called an Analog Input Device. In our example with the human voice, this machine is the voice recorder. 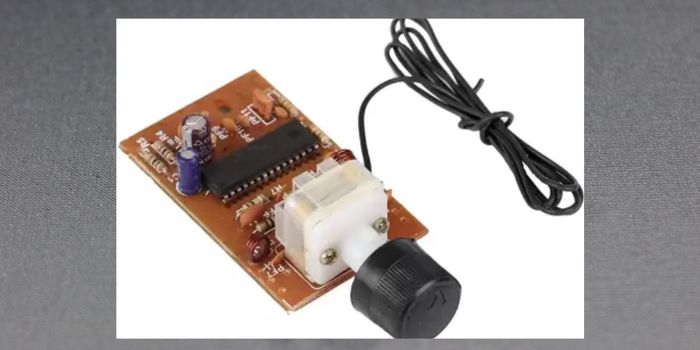 Analog circuit boards require a different approach to noise management and routing than Digital PCBs do.

The issue is frequently current spikes that are exposed to analog PCBs.

Sometimes radio transmissions and other times power lines are the sources of EMI (otherwise referred to as “noise”).

To ensure flawless operation, the analog board’s frequency range must be adjusted properly.

Designing analog PCBs requires the use of a separate plane.

Even common digital planes should not contain sensitive components like amplifiers.

In addition, the power supply must be separated from the analog components because it can cause voltage spikes.

You can read the data from the machine’s measurement interface thanks to a digital I/O device.

Let’s imagine that you enter a number into the ATM.

The computer translates the number so that it can give you money.

In this instance, the keypad, the ATM’s relay, is used to input the digital input.

Significantly, when we compare Digital I/O to Analog I/O, digital ones have the following advantage: 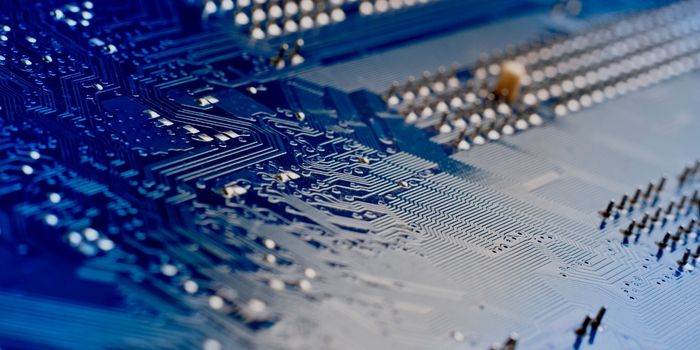 Digital PCBs have more microchips and other high-performance board modules than analog PCBs do.

ICs and BGAs surface mounted on them enable them to process a few billion operations per second.

Using conductive traces etched on laminated copper and positioned between non-conductive substrate layers, a Digital PCB is a brilliant piece of work.

Digital PCBs manage and connect electrical components and are sold by reputable companies such as us, PCBMay.

In this area, we’ll concentrate on the conversion of analog to digital signals. Why, then, is it significant?

We live in a world that is becoming more and more digital, so we need to convert analog signals to digital ones.

For instance, using the illustration of voice recording again, once we have recorded a person’s voice, we have digitalized it.

Then, we can use digital machines to amplify, reproduce and tweak the recording to our liking.

We can even distribute the voice recording as many times as we want.

Instead of the person repeatedly saying words, we can just use the digital version to save time and effort.

This problem can be resolved by analog-to-digital converters. 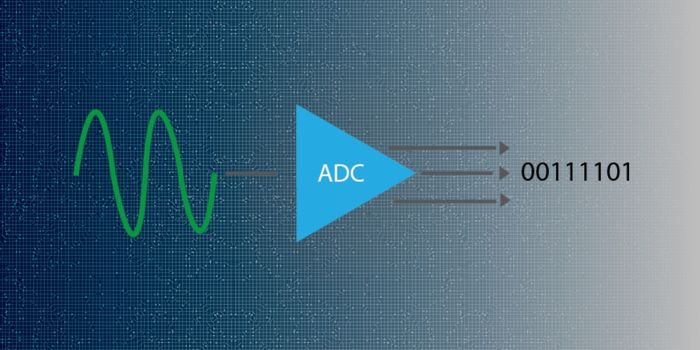 The following ways are used by ADC converters to make an analog signal digital:

You can look at the illustration below to see the discrete-time and discrete-amplitude difference in analog and digital inputs: 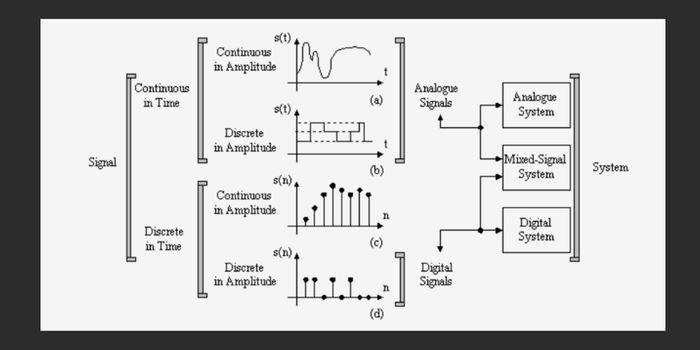 There are several ADC converters out there that you can use. The most common are:

Just remember that data collection is improved with the innovative usage of Integrated Circuits in ADC circuits.

The data is collected more quickly and with greater accuracy. High-performance ADCs have precise throughput and increased reliability + repeatability.

Meanwhile, EMI noise susceptibility is lowered to make the use of ADCs very convenient.

If ever you need a circuit board for ADC, you can contact PCBMay for it.

What is Mixed Signal Input?

If a device has a mixed signal input, you’ll need an IC to accept two different types of signals.

There are two approaches to enable mixed signals: the first is the use of controllers. These consist of the ADC and DAC.

The CODEC hardware is the second means via which mixed signals are made viable.

This type of hardware includes both ADC and DAC functionalities.

There are several types available in the market such as: 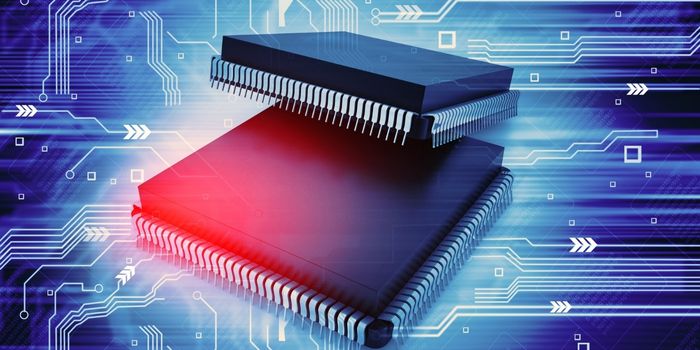 The following guidelines below must be adhered to while creating mixed signal PCBs: 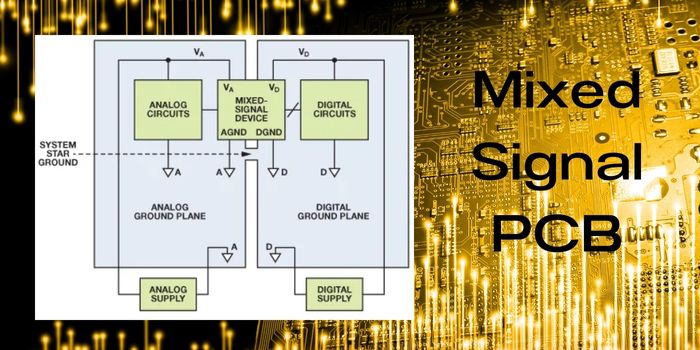 Types of PCBs that can handle mixed signals are:

You may learn more about the differences between analog and digital inputs from our blog.

We had a lengthy discussion about analog signals.

Then, we discussed digital signage. Finally, we talked about mixed signals.

Electronic equipment is required for each of these signal input types.

These ICs are what are mounted on circuit boards later.

We are a PCB manufacturer based in China who can provide you with all types of circuit boards.

For over 12 years, we have handled PCB orders where analog inputs are required.

At the same time, we make OEM digital PCBs as well as mixed-signal ones.

Because you are a savvy PCB customer, you expect the best.

Your PCBs’ performance (analog, digital or mixed) shouldn’t cause you any concern.

For this reason, you must rely on a PCB manufacturer who has a solid reputation for ensuring customer satisfaction.

Please contact us right away so that we can finish designing your device.