Production of Cable Assemblies and Harnesses

Radio-electronic equipment (REA) is present in almost all branches of modern industry and takes a significant part in the development and production of complex products.

Flexibility in the use of new technological solutions is now becoming a key factor in allowing companies to occupy leading positions in the market.

At the same time, as they say, “it is not difficult to become the best; it is more difficult to remain the best”.

There are many examples of how world-famous companies that have reached great heights in their field, due to mistakes in the choice of technologies, were literally on the brink of survival.

In this article, we will talk about an interesting, but complex world of Cable Assembly Wiring Harness, without which it is difficult to imagine the development of the global industry.

A harness (in the context of electrical engineering) is an assembly of two or more (up to several hundred) insulated wires connected in a bundle in some way. Such an assembly is used for the electrical connection of elements of various machines and devices. 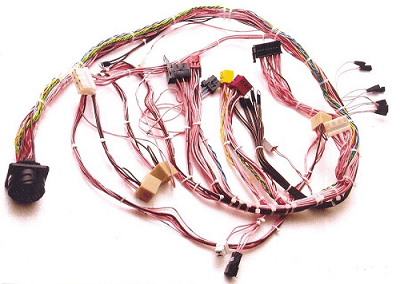 Cable assembly (KC) refers to the connection between the connector and the cable, which, in fact, is already a finished product. The ease of use of the COP can be briefly described as follows: “paved – plugged in – works”. 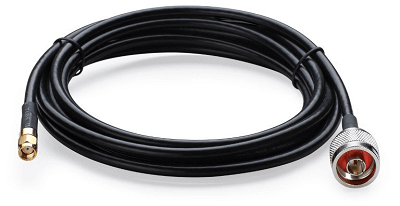 At the same time, the classification of harnesses and KS meets the requirements in force in each area (weight, safety, resistance to various influences, etc.).

Perhaps the most common example of an interconnect is a conventional desktop personal computer.

Communication of the system unit with a monitor, keyboard, mouse, etc. occurs through the connection of cables to it.

All these elements ultimately constitute a single system.

The contents of the computer system unit, where the wires connect the individual components, is a clear example of in-unit installation. A more complex system is the interconnect cables used in aviation technology to connect all equipment on board. 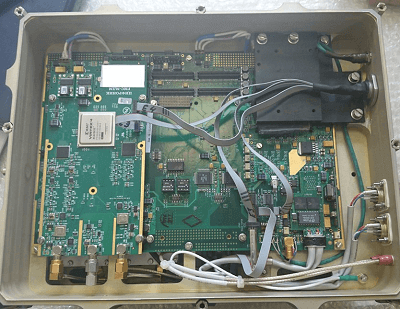 Figure: 3. An example of in-block mounting of a digital receive-transmit unit 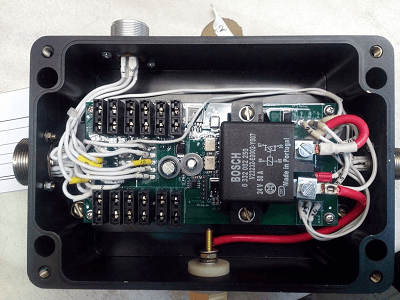 Figure: 4. An example of an in-unit installation. Switchgear block

Despite the development of production automation, the Cable Assembly Wiring Harness is often carried out using hand tools, which is due to the specifics of certain products and the impossibility of automating some of the assembly stages.

Experts with experience in industries related to aviation and other military equipment, where specialized, difficult-to-handle wires of the RK, MS, MGTF, MGShV NV, BPVL brands are often used, can confirm that installers are often forced to use not quite typical tools.

For example, a medical scalpel. This tool is perfect for stripping silicone or rubber sheathed wires.

This is probably why, despite the high probability of ruining the workpiece, this “non-core” tool is often used in production.

The next example of an unconventional method of stripping wires is the use of soldering iron and thermal cleaning devices (the so-called “burners”).

But such an operation can lead to overheating of the current-carrying conductor and adhesion of molten insulation to the conductor. 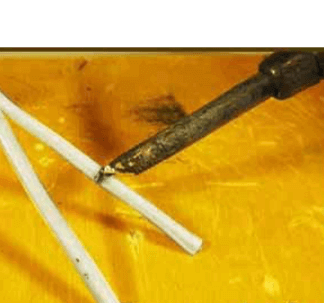 Figure: 5. Removing insulation from the wire with a soldering iron 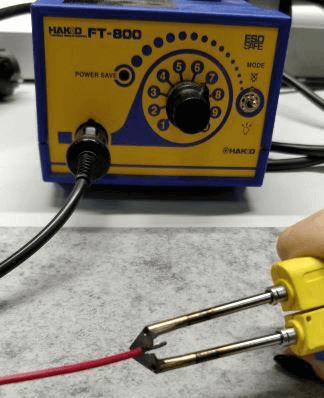 In case of mechanical stress, a high quality of stripping is also not guaranteed, since it is difficult to avoid cutting the wire or scratching it, which can lead to the failure of the bundle during operation. 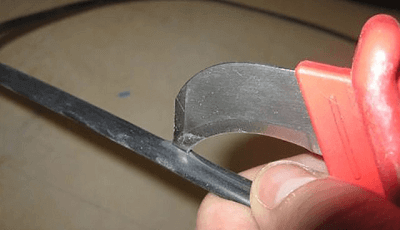 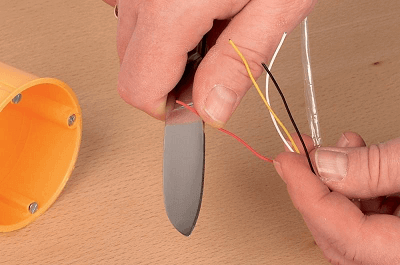 Figure: 7. Stripping the wire with a knife

It is also obvious that manual processing does not mean high productivity and process speed.

The listed disadvantages, as well as the high labor intensity of the technological process without a guarantee of repeatability of quality (respectively, and a high percentage of rejects), motivate manufacturers to introduce automated production lines and use modern technologies at all stages of the production cycle.

Manufacturers who strive to improve the quality of their products and reduce the influence of the human factor, introduce automated lines and use modern technologies at all stages of the production cycle.

At the initial stage of the creation of Cable Assembly Wiring Harness, the design of the entire process is carried out, which avoids adjustments and delays in subsequent stages of production.

Modern computer-aided design (CAD) systems significantly reduce the development time for design and technological documentation, allow prototyping the position of the harness in the product in 3D format, quickly make changes to the product design, and track the entire life cycle of the product, from the first sketch of the harness to the final inspection stand.

We are engaged in the manufacture of both small and large-scale orders of harnesses and cables of any size and configuration:

Installed high-performance automatic cutting and wire stripping. The machine allows you to process stranded wires with a cross section of 0.2 mm2 to 4.0 mm2. On the machine, both full and partial wire stripping can be carried out.

Wire marking is carried out using marking tubes, as well as using the import marking “PARTEX”.

There are semi-automatic presses for stripping and crimping contacts up to 8 mm2.

When using heat shrink tubing, special hot air guns are used to prevent overheating and damage to the wire insulation due to high temperature. Heat shrink tubing is available with or without adhesive.

The company produces cables and harnesses for mechanical engineering on modern high-performance equipment according to customer drawings.

To order, you must provide an assembly drawing, a specification for it, and a wiring diagram for electrical control.

As a last resort, we are ready to accept sample orders for production.

The term of Cable Assembly Wiring Harness execution depends on the volume of work performed and is agreed with the customer.

In the manufacture of large batches of harnesses, stands are developed for testing and accepting harnesses.

The following consumables are supported in the warehouse in the required quantity: 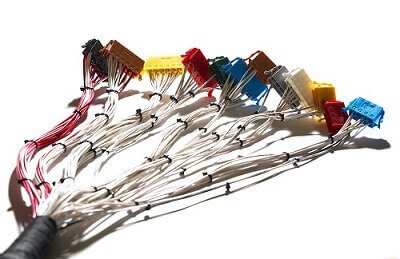 At this stage, the workspace is carefully prepared for further cable routing. First, a field is schematically drawn on a sheet of plywood with the exact designation of each wire in the bundle.

Holes are made for the passage of wires, and studs of the appropriate diameter are installed. This is one of the most important steps in the process. Further on the preparation of the “table” depends on the correctness and speed of tying the rope.

Here there is a measured cutting of the wire according to TU.

We carry out cutting and stripping on special CNC machines. This avoids the human factor and, as a result, we get equally evenly cut wires. Plus, when stripping the wire, the wire itself is not damaged.

After you have prepared the table and cut the wires, you need to spread them out. The wire is laid out according to the drawing.

So that in the end the cable does not fall apart, the wires are directly knitted. We knit with a cord impregnated with wax.

For ease of use and installation of the cable in the future, all elements are marked with alphanumeric designations.

At this stage, all wires are “ringed” to identify defects and discrepancies in the marking.

After the marking is made, the connectors are installed. We carry out the installation of any connectors.

Crimping or crimping of the tips is carried out on a special machine, due to which, in the future, this excludes the wire from falling out due to a weak crimp, such contact is more resistant to physical stress.

Unlike soldering, this method protects the wire from corrosion (when soldering, very often the flux gets on the wire core and because of this the wire rusts).

The final stage of production is checking the quality of the assembled harnesses, which affects the service life, productivity, and, as a result, the competitiveness of the product.

Not all enterprises have modern systems for controlling the quality of CW and harnesses. Moreover, not every production facility has an idea of ​​the existence of modern control systems.

So, for example, at one of the enterprises specializing in the production of electrical products, where harnesses and KS are created from scratch, to this day, under conditions of mass production, the continuity of the harnesses is carried out using a multimeter or a self-made automatic test stand (Fig. 10 ). 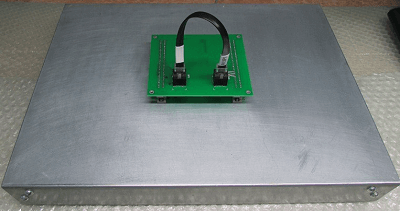 The device of such a table is simple. Depending on the connector used on the harness, a plug-in module with installed mating connectors is connected to it. Each plug-in module is designed for a certain type of connector (Fig. 11) 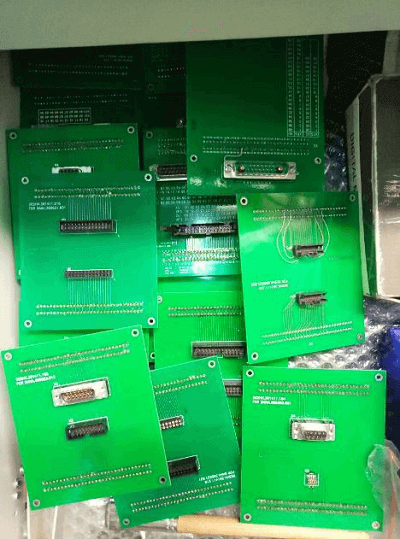 The Cable Assembly Wiring Harness is connected to the required module, after which a specific type of harness (cable) is selected in a special program, and the verification process begins. Test results are reflected in the program.

Due to the limited range of replaceable modules, the nomenclature of monitored harnesses is not complete. Therefore, you cannot do without the use of a multimeter. 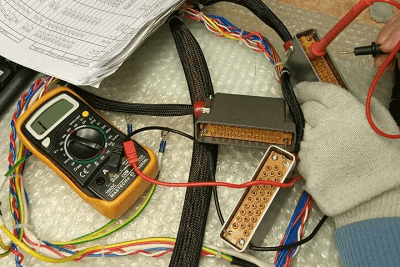 Figure: 12. Application of a multimeter when calling the harness