PCBMay performs 100% Electrical Testing on All Bare PCBs
The PCB manufacturing process includes a final electrical test to verify net continuity and the absence of shorts on the board.

In some markets, the increased complexity and variety of PCBs, along with decreasing volumes, have determined an extensive use of flying probe-type test systems for electrical tests. 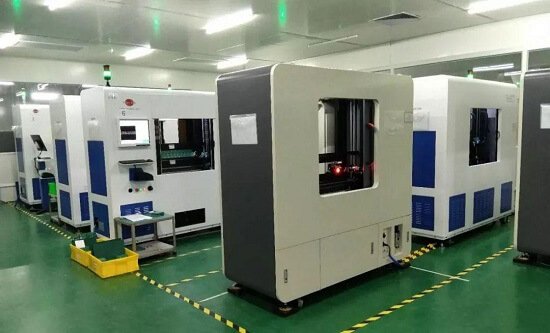 What is Electrical Test

In the production process of PCB boards, it is inevitable that electrical defects such as short circuits, open circuits, and leakage due to external factors will be caused.

If the bad boards weren’t selected and flow into the customers, it will inevitably cause more cost waste.

Therefore, in addition, to improve process control, the improvement of testing technology can also provide PCB manufacturers with solutions to reduce the scrap rate and improve the product yield. 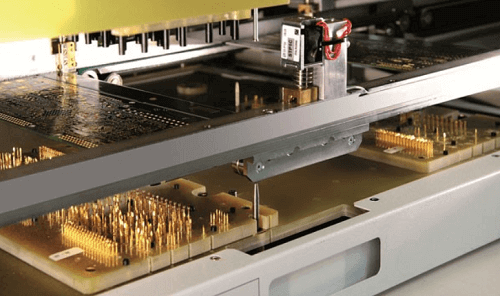 In the production process of electronic products, the cost of defects caused by defects has different levels in each stage.

For example, after the bare board is produced, if the open circuit in the board can be inspected immediately, only need to repair the line to improve the defect, or mostly one bare board is scrapping; but if the open circuit is not inspected, the board will be shipped to the customers, when the assembly company completed the installation of the parts, it also went through the TIN and IR remelting, but at the same time, it was detected that the circuit was broken.

Generally speaking, the assembly company will ask the bare board manufacturing company to compensate for the cost of parts, manual work.

Inspection fees,etc.If it is more unfortunate, the defective board has not been found in the test of the assembler, when it enters the whole system finished product, such as computers, mobile phones, auto parts, etc.

The lost cost will be huge. Therefore, in the PCB industry, electrical testing is for the early detection of circuit functional defects.

Therefore, both parties will first clearly define the following matters:

In the PCB manufacturing process, there are three stages that must be tested:

In each stage, there will usually be 2 to 3 times of 100% testing, and the defective boards will be screened out and then reworked.

Therefore, the test station is also the best source of data collection for analyzing process problems.

Through statistical results, the percentages of open circuits, short circuits, and other insulation problems can be obtained.

After rework, the inspection will be performed. After the data are sorted, the quality control method can be used to find The root cause of the problem should be solved.

In order to better understand the functions of various devices, the following will compare the characteristics of the three main devices.

The fixture used (Fixture, such as a needle plate for electrical testing of a circuit board) is only suitable for one part number, and the different part numbers cannot be tested, what’s more, it cannot be recycled.

It depends on the test points of the board, even there’re more than 8,000 test points, the fixture can be tested.

The basic principle of the general-purpose test is that the layout of the PCB circuit is designed according to the grid.

Generally, the so-called circuit density refers to the distance of the grid, which is expressed in terms of pitch (in some cases, it can also be expressed by hole density), and the general test is based on this principle.

Therefore, the manufacture of the fixture is simple and fast, the needle can be reused.

In addition, in order to ensure the smoothness of the completed PCB board circuit system, it is necessary to use a high-voltage (such as 250V) multi-test point Universal Grid test master machine to use a specific contact dial to conduct an Open/Short electrical test on the board.

Universal Grid test points are usually more than 10,000 points, and the test with a test density or is called an on-grid test.

If it is applied to a high-density board, it is out of on-grid design due to too close spacing, so it belongs to off-grid for testing, the fixture must be specially designed, and the test density of general-purpose testing can reach QFP.

The principle of the flying probe test is very simple. It only needs two probes to move x,y,z to test the two endpoints of each line one by one, so there is no need to make an additional expensive fixture.

But because it is an endpoint test, the test speed is very slow, about 10-40 points/sec, so it is more suitable for samples and small-volume production; in terms of test density, flying probe test can be applied to very high-density boards.