Electronic devices are everywhere; whether it be your cellphone, laptop, or your television remote, there is a printed circuit board (PCB) inside it.

Almost every electronic device that we use contains a PCB.

Although PCBs come in a variety of types and packages, they are easy to recognize.

PCBs are made from a combination of an insulating layer and a metallic layer.

All layers are combined, and every layer has a unique role. The top layer is covered with electronic components connected with copper tracks.

What is Printed Circuit Board Assembly?

PCBs are incomplete and non-functional without the electronic components and the circuit tracks (lines connecting components).

Every electronic component has a function to perform, and altogether, the components form a circuit and perform the device’s main functionality.PCBs are useful only after the components are assembled on their top.

The copper tracks or lines on the PCB link all components with each other just as wires do.

They enable the flow of signals among the components, which is necessary for proper functioning.

The process of designing a PCB can be complex if a huge circuit has to be embedded on the top of a small PCB, i.e., in cellphones.

There are PCBs the size of our nails, and their design is far more complex. Every track is carefully linked with the right components, as even a false signal can cause malfunctioning. 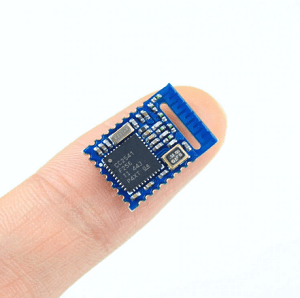 Evidently, PCBA is a sensitive process and demands special attention.

This is why some procedures involve automated steps for high precision, but many steps involve manual steps.

The process of developing a PCBA from scratch involves a series of steps, and there are certain details that you should know to understand the PCBA process better.

Here is what you should know about PCBA.

PCBs are made of a substrate layer and a copper layer.

The substrate is the foundation of PCB; it is a non-conductive material, usually rigid, but it can be flexible in some cases. Its primary purpose is to provide strength to the circuit tracks.

The copper layer is conductive and the main building block of circuit tracks.

All the components are connected through this layer. The number of copper layers can vary from PCB to PCB depending upon the complexity of the circuit.

The simplest PCBs have only one copper layer, whereas some PCBs can have 10+ copper layers.

The Solder mask is a green-colored non-conductive layer, and it is present at the top of the copper layer.

There are holes in the solder mask right about the copper tracks which need to be soldered. 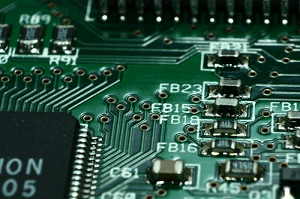 The Silkscreen is applied on the top of all layers; it is useful for labeling the PCB wherever needed.

Usually, the blocks for every component and port are labeled. The labels help identify the blocks at the time of assembling components. In most cases, the Silkscreen is white, but it can be different in some cases.

The requirements for PCB can vary from application to application, given the environment.

Accordingly, a suitable type of PCB is used that matches the system’s requirements.

All of the elements mentioned above remain the same in all PCBs except the substrate; it varies as per the application’s cost and flexibility requirements. The three major types of printed circuit boards are as follows.

Rigid PCBs are the most common and simplest types of PCBs. Their rigidity makes the PCB strong.

They are most commonly used in applications where the PCB is not prone to bending.

Rigid PCBs are usually made of fiberglass, but several other materials such as FR4, epoxies, and phenolics are used to develop rigid PCBs.

Metal Core PCBs are most suitable for applications that require extensive heat dissipation.

As the name suggests, the core is metallic, and since metals are good conductors of heat, these PCBs efficiently distribute and dissipate heat.

Metalcore PCBs are most commonly used for assembling sensitive circuits prone to a high temperature, which affects the performance and life of sensitive components.

This is why sensitive circuits are built on metal core PCBs for the protection of sensitive components.

There are mainly two types of mounting technologies commonly practiced in PCBA.

Surface Mount Technology is used for assembling SMDs (surface mount devices), which are soldered on the top of the PCB.

The SMT enables the mounting of extremely small packages like 01005, which has a smaller diameter than a pencil’s point. 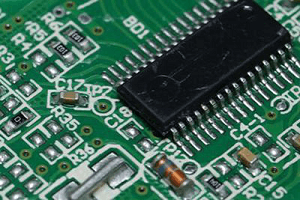 Through-hole Technology is used for normal-sized components. The components are assembled on the top, and their wires go through the hole. The wires are then soldered on the lower layer. Most of the simple and insensitive circuits use thru-hole technology.

The PCB Assembling steps for thru-hole technology are simple and easy. But in the case of SMT, some extra steps are to be followed with much more care. This article will primarily explain the steps involved in SMT.

Step-1: Place the stencil on board and apply the solder paste on the parts where the component legs will sit.

The stencil enables proper placement of solder paste and saves the solder paste from spreading at unwanted areas. 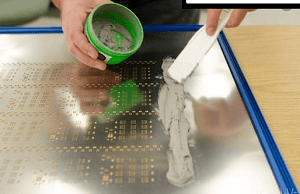 Step-2: Pick and place components on the board at the places where they have to be soldered.

The picking process involves a vacuum machine since the SMT components are small and sensitive. 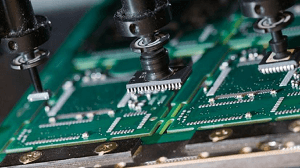 Step-3: Solder SMDs on the board following the proper reflow process. Unlike in thru-hole mounting technology, the soldering process is performed by moving the PCBs through an oven.

The solder paste needs to be heated after the SMDs are placed in position.

Then the PCB moves through a chain or both cooling and heating processes, which smoothly solidifies the solder paste without overheating the SMDs. 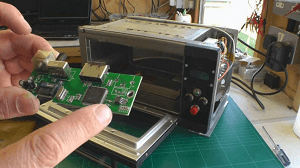 This can be done manually but for better precision, adopt wave soldering technology.

The wave soldering technology is an automated system of soldering components by washing molten solder all over the tracklayer and soldering all legs at once. 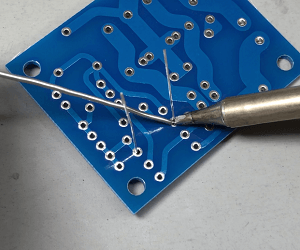 Step-5: Look for misalignments and errors that might have occurred during the soldering process.

Misplacements can cause the spread of solder in unwanted places, which causes short circuits, and in some cases, the solder paste is not properly embedded with the leg of the component.

The error can cause malfunctioning in both cases, and it is essential to spot such errors.

Once all physical errors are removed, calibrate, and test the board if it is functioning correctly. 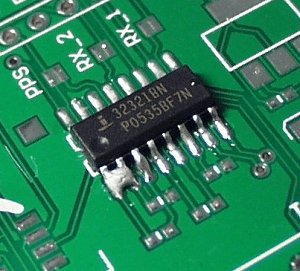 Look for misalignments and errors

Just in case, if the PCB functionality test fails, scrap or recycle the PCB (as per the standards being followed). If the test passes, the assembled PCB is good to be used. 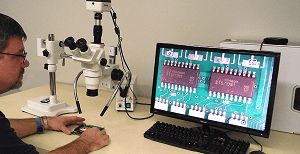 Evidently, printed circuit board assembling is a complex process, and it demands proper equipment for precision.

It is recommended to avail the services of a professional team rather than assembling your PCB yourself.

Professionally assembled PCBs not only offer better precision but they are designed according to certain standards that enable longevity and ensure reliability.