There has been intense research in recent past years on the design and PCB assembly.

Our designers and pioneers are worthy of receiving thanks and tributes in this context.

They have laid the foundation of new and novel innovations and growth in the future.

In these attempts, there have been many failures too. But as you know that each failure is a way to success in the end.

Failure is not the opposite of success, but a part of success. In this way, these failures have led to the success and innovation of the new and outstanding designs and PCB assemblies.

In the hard work of days and nights upon the PCB design, there you will come to know an important part of the design.

In This Article, We will Discuss 3D PCB Switching Mode Power Supply In Altium

Here in this article, you will come to know about the topologies of the switching power supply. It is evident that the linear power supply is more beneficial than the power switching. But in this modern age, there has been immense advancement in the structure of power switching. It has made it very easy and cost-effective for the manufacturers.

It has become very easy and effective to convert these networks into the product designs of the power switching.

The input stage of the switching power supply is the component that has the function of filtering and rectifying the signal. It filters and rectifies input signals from the DC input.

As we have learned the possible required knowledge about the switching power supply. Now we will move forward to the different topologies used for the 3D PCB Switching Mode Power Supply in Altium.

There are several topologies for the make 3D PCB Switching Mode Power Supply in Altium. The type of topology needed for the PCB of your desire varies according to the components of the PCB.

If we know the individual components, we can come to know the type of topology for the switching mode power supply.

This is the buck converter that is mostly in the utilization in the design of the switching mode power supply. Keep in mind that this topology is not best suited for isolated power supplies. However, this type of topology is perfect for step down the purpose of the DC-DC power supply.

The buck converter has very high efficiency in the working. It is the best to fit for applications that are of high power use. The requirement for the buck converter is only an inductor. If there is a single inductor, it has the use of a single phase. However, if you want to use the multiple phase applications, different inductors are there to install in the 3D PCB Switching Mode Power Supply in Altium.

There is also a limitation of this topology for the design of switching power mode. The limitation is that the input current in the converter may discontinue during the process. However, we can manage this shortcoming with the help of the utilization of the filter and mode choke.

The input voltage and current signal are rather continuous in this topology, unlike the buck topology. However, in the case of the inductors, from the single-phase to the multiple phase inductors are of the prime utilization. 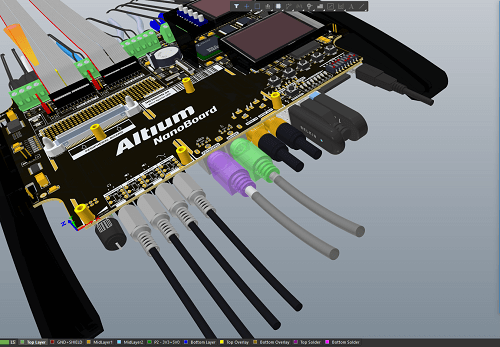 The name of the topology indicates that it is a mixture of the two topologies. Thus, it can serve the step up and step down the purpose of the 3D PCB Switching Mode Power Supply in Altium. This type of topology is best for use in batteries.

With deep attention, several changes and modifications are possible in the circuit of the buck-boost topology. Moreover, there is a need for greater attention on the drive circuit in this topology.

The SEPIC and Cuk topologies are also of the best use for the batteries applications.

The reason behind its use in the batteries is the variable input voltage available in these topologies. But the SEPIC and Cuk topologies do not invert the output signal in the circuit.

On the other hand, these topologies do not use only the inductor in the circuit. A capacitor and two inductors are in use for the purpose of the storage of energy.

The inductors used in this circuit can be two separate components. The other option is that we can use them jointly in the form of a coupled inductor. While the capacitors in the circuit can provide protection to the topologies in the process of 3D PCB Switching Mode Power Supply in Altium.

Moreover, this topology for the 3D PCB Swiching Mode Power Supply in Altium very cost-effective and is easy to handle. 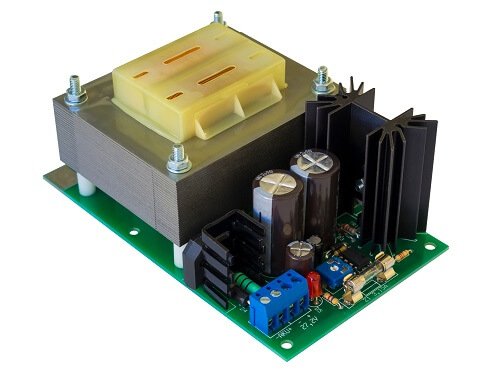 Answer:  The easiest way is to re-draw with your hands. AD has a tool for transferring changes from the board to the circuit, but in reality, its capabilities are only enough to delete something.

Question: What is AD compilation?

Answer: In AD, almost any document and project can be compiled.

The practical meaning of this action is manifested mainly for projects of integrated libraries – as a result, the library file itself is created, in fact.

In most other cases, the main point of the compilation is to check the document for errors.

Question: The compiler dumped me a bunch of errors and warnings. Should I fix them all?

Answer: Not necessary at all. Just make sure you mean exactly what is drawn and what he swears at.

Question: How can I make new documents create the default settings I need (for example, so that .PcbDoc is created in metric coordinates and with the required set of standard rules)?

Answer: It is necessary to create templates of the required types. To do this, create a new document, configure it as you need, and then set it as the default file for the required project types (System-> New Document Defaults).

Question: How to edit properties of multiple elements?

Answer: You cannot edit the properties of multiple elements through the element properties dialog. To do this, use the Inspector, which can be called by pressing the F11 key.

Question: How to find multiple items by a certain criterion?

Answer: RMB response on an element of the required type and the Find Similar Objects menu item. There we set up the criterion by which to search and what to do with the foundation.

Question: AD has a very meager toolbar, everything has to be done through the menu – it’s very inconvenient.

Answer: Almost any tool can be reached by successive keystrokes. Of course, only true Jedi can perform all actions from the keyboard, but a couple of dozen basic combinations (such as PP, for adding a pin/pad, W for drawing a wire in the circuit editor, PT for interactive routing in the PCB editor) can be memorized, and this already greatly speeds up the work.

Answer: Out of the box supports both SVN and CVS.

Question: Can AD save backups?

Answer: When saving a file, AD makes a backup in the History subdirectory of the directory where the edited file is located. For each file, many backups are saved, old backups are deleted when new ones are added, but not earlier than a certain time after creation (in AD10 it is configured in Data Management-> Local History, in earlier ones – Version Control-> Local History, there you can also configure saving all backups in one directory).

In addition, there is an autosave system – a file is saved every n minutes to a specific directory, m versions are stored for each file (in AD10 it is configured in Data Management-> Backup, in earlier versions – System-> Backup). Autosave is disabled by default, I highly recommend enabling it, as AD is very prone to freezes and crashes. 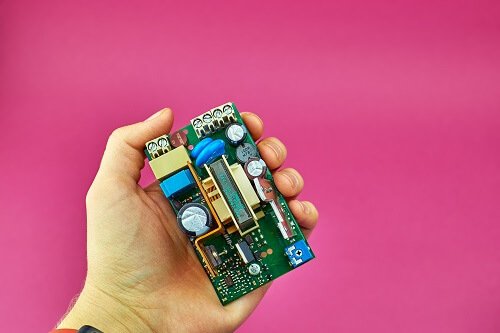 Question: What is the structure of libraries in AD?

Question: Symbols and footprints only? But what about beautiful 3D models?

Answer: The 3D model of the component is included in the footprint and, accordingly, is in the PCB library.

Question:
I converted my P-CAD libraries to AD and received three files for each. Which one is an integrated library?

Question:
After compilation, the integrated library file is placed in the “Project Outputs for LIB_NAME ” subdirectory of the library project directory. I don’t like this long way.

Answer:
Go to the Project Options of the library, the Options tab, in the Output Path field, enter the path to the directory where the ready-made libraries should be put. Personally, I put all the libraries in one Libs directory and the . Scheib, PcbLib and.LibPkg files are in the src subdirectory of this directory.

Question: How do I switch to metric in the schematic editor?

Answer: The units of measure for the schematic editor are configured through the system settings – Schematic-> Default Units.

Question: What is a Part of a schematic library?
The Part answer is part of the component symbol. It is used when a component consists of several logically separate blocks. The blocks can be the same (for example, a 4 x 2 OR microcircuit), complement each other (n- and p-channel transistor in a single package), or even heterogeneous (different microcontroller blocks).

Question: What is Mode in a schematic library?
The Mode response is an option to display the component symbol. It can be used, for example, to create symbols of one microcircuit that differ in the principle of grouping pins. It is desirable that all pins of one element in all Modes are the same. In addition, in symbols containing several parts, it is recommended that pins belong to the same Part in all Modes.

Question: Can I bind several footprints to one character?
Answer You can, and the pin numbers for different footprints may not match. In this case, the Pin Map function is used. Problems begin when the footprints have a mismatch in the number of pads, and additional pins need to be short-circuited with the existing ones. This is not done via Pin Map, you need to add pins to the symbol.