Often many of us who work or study electronic circuits are faced with the following question: does this printed circuit board I am going to design need to be multilayered?

What do I get out of it? More work? And is all this effort worth it?

But, the multilayer board will make my electronic project more expensive – isn’t that bad?

We know from the theory of electronic circuits and electromagnetism that multilayer printed circuit boards have better electromagnetic performance, enable smaller equipment, with new integrated circuits (which are only available in BGA encapsulation), and, in a way, avoid headaches and decrease the engineering cost.

Often the choice for 2- layer printed circuit boards is mainly due to the price – but … how much does this decision pay off? 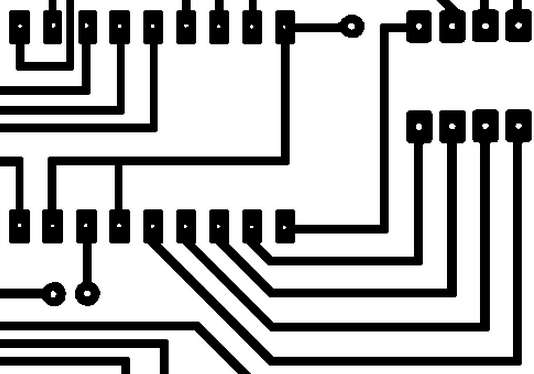 They can amplify the signal that passes through it, as it uses the card as a large antenna.

And the bigger the track and the bigger its loop, the greater this amplification and the damage to the system and surrounding environment.

The main proposal of multilayer printed circuit boards is ground and power plans in the planes in the middle of the board.

The current returns for circuits on multilayers are very short if the layout is made in such a way that the earth goes straight from the end of the circuit to the earth layer.

We say that this earth is “strong” because it does not allow unwanted currents to “run” through the plate, coupling to other circuits and causing interference, “dirtying” the environment with unwanted electromagnetic radiation and disrupting fundamental signals for the functioning of the plate circuit. This is one of the reasons why it is recommended that the earth and power planes be placed between layers, inside the printed circuit board.

The use of multilayer printed circuit boards allows us to make the current return to earth in a shorter way, as explained above. This also decreases the susceptibility of electronic circuits to external electromagnetic interference (EMI).

The use of power and earth plans also reduces the impedance in the distribution of energy, essential for a good decoupling of the power supply.

Placing the signals between the earth and power planes is a great idea as these layers act as a shield against external radiation (mainly protection against electromagnetic discharges – ESD) and also reduce the radiation emitted by the signals that travel through these paths. In other words, the emission measured outside the equipment is much lower.

Equipment that undergoes certification needs such rigor. In regulated laboratories, it is possible to check the amount of emission of certain electronic equipment, which often needs to be certified. 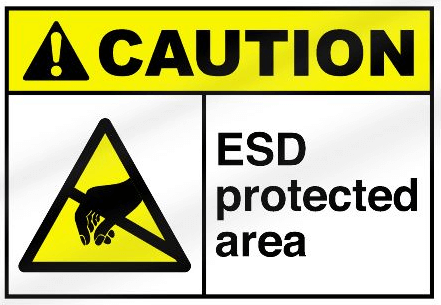 Printed circuit boards with 4, 6 and 8 layers are currently common. Plates with more layers are found in Motherboards and more sophisticated equipment.

I’ll talk a little bit about how to arrange the tracks on a 4-layer multilayer board. First project idea: assume Layer 1 as TOP or component side and Layer 4 as BOTor solder side, layers 2 and 3, which are in the middle of the board, one being ground plane and the other the power plane, with several feeds if the circuit demands.

This proposal takes into account that there are few or no high-speed signals on the board.

A second design idea for a 4-layer printed circuit board already takes into account that there are several high-speed signals in the circuit.

It is a great idea to route these fast signals such as those on the USB or HDMI bus, for example, or high-speed clocks for synchronizing different circuits, between the earth and power layers to eliminate the radiation promoted by these signals.

If a large capacitance exists between the paths, both the ground plane and the supply plane can be used as reference planes.

It is interesting that also to reduce the emission of these signals, the tracks are in the center of the plate, away from the edges.

All of this physical shielding (hiding the fast state transition trails) functions as a radiation shield, we would say, like a Faraday mini-cage.

There are several softwares that help to calculate the impedance and speed of wave propagation in each circuit and layer, depending on the characteristics of each track.

It is important to open parentheses here to remember that external crystal clocks for processors should have their tracks very short – as short as possible. If this is done, there is no need for rigor with these signals.

In addition to all these tips, there is still a practice that greatly reduces crosstalk, induced between different trails. Tracks of alternating layers must be routed so that the tracks of one layer are 90 degrees in relation to another track.

For systems that need to be approved and for which electromagnetic compatibility is required, as determined by standards pre-established by equipment regulatory bodies, using 2-layer boards is extremely unfeasible (unless they are extremely simple boards).

With printed circuit boards getting cheaper every day, with systems and chips increasingly miniaturized and the speed of the buses requiring, in addition to deep routing accuracy, tools that check if the transmission lines are correct and have no mismatch, the 1 or 2 layer plates become museum pieces.

Eradicating the problem in the bud, preventing yourself when designing the first layout instead of chasing after fixing the problems after the printed circuit board is ready makes sense. This shortens the development cycle, has a shorter time-to-market and gives longevity to the electronic project.

When selecting a multilayer printed circuit board design we must take into account: