So how do the PCB and PCBA differ from one another?

You can define a PCB as the board on which electronic components can be mounted to finalized a planned circuit.

In contrast, PCBA refers to the board in which all components and parts have been soldered and installed on the PCB and ready to perform their programmed electronic functions.

Thanks to advanced design tools and production methods, the product is also manufactured at much higher and more effective rates than before.

Even ten years ago, only the most expensive prototypes were seen for HDI and FPGAs, but these designs are now readily available worldwide.

PCBs are made of a conductive design, trace, and substrate usually prepared from glass epoxy resin material.

For instance, simple PCBs can be split into four, six, or eight layers with the most common four and six-layer PCBs.

PCB design is a printed part or a printed circuit, or a combination of two of them.

The conductive design is either printed or inscribed on an insulating epoxy glass conferring to the preset pattern.

PCBs are designed for electronic products such as TV, mobile phones, and PC parts.

They are also used in the making of lighting and medical equipment, industrial machinery.

PCB is an essential element of the system structure as it helps the electronics and functions as an electrical link for the components.

The distinctive features of the PCB are:

There are several types of PCBs; in particular, there are main four PCB forms, and they are:

One side of the base material is coated with a thin layer of metal. Copper is the most commonly used coating since it acts well as an electrical conductor.

Two or double-sided PCBs are fitted with the base material, including copper, on both sides of the board, with a thin film of conductive metal. Holes drilled through the board let circuits on one side of the board join the circuits on the other side.

The circuits and components of a doubles-layer PCB board are usually connected in one way or two; either with a pass-through or using a surface mounting.

A series of three or more double-layers PCBs consist of multi-layer PCBs.

These boards are then laminated together with advanced prepregs and cores between Insulation components to prevent excess heat from melting any component.

Multilayer PCBs are available in different sizes, ranging from 4 to 10 or 12 layers.

At the commercial scale, the greatest number of layers created in a multi-layer ever constructed is 50.

Rigid PCBs are circuit boards printed out of a solid substrate that prevents the board from twisting.

A computer motherboard is probably the most common example of a rigid PCB.

The motherboard is a multi-layer PCB to allocate power from the power supply while allowing communication between all computer components, such as CPU, GPU, and RAM.

Compared to rigid PCBs that use immovable materials, e.g., fiberglass, flexible PCBs are made of materials that can move and bend like plastic.

Flexible PCBs are available in single, dual, or multi-layer formats like rigid PCBs. They tend to cost more for production because they have to be printed on a flexible material.

Rigid-flex PCBs are a combination of rigid and flexible circuit boards.

They comprise multiple layers of flexible circuits attached to more than one rigid board.

These PCBs are precision built. Hence, it is used in various medical and military applications.

Being light-weight, these PCBs offer 60% of weight and space savings.

These PCBs are used in high power applications, as aluminum construction helps in heat dissipation.

Aluminum-backed PCBs are known to offer a high level of rigidity and a low level of thermal expansion, which makes them ideal for applications having high mechanical tolerance. The PCBs are used for LEDs and power supplies.

For every aspect of our everyday life, PCBs are essential. Our devices and resources are focused on circuit boards that keep our lives running. Read on to learn about this incredible design of technology. 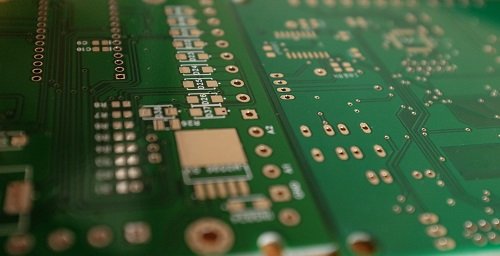 How Are PCBs Designed?

The first step involves circuit layout printing using software (such as Altium) and then printing it by plotter printer.

The inner layer is represented with two ink colors; black for copper traces and white for non-conductive areas of PCB.

This process is reversed in the outer layer.

The second step involves printing copper on the inner layer and then removing the unwanted copper and afterward checking the layer alignment and optical inspection is done using layer sensors.

The third step after inspection involves laminating the PCB layers, and after that panel, drilling is done.

Then, imaging and plating of the outer layer occurs, which involves the etching process for better output.

Afterward, the solder mask is applied, and then it is plated with silver or gold. Lastly, the skill screening process occurs that prints vital information on the PCB.

The substrate material used for the processing and printing of PCB is typically an epoxy resin strengthened by glass fiber.

High-end boards are manufactured to couple the glass fiber and reinforced epoxy with a copper foil; connected to one side or both of the substrates.

Boards formed from using paper-reinforced phenolic resin with a copper foil merged to it; appear to be less costly.

The board’s printed circuits are made of copper. The content shall be grated or plated in the desired pattern on the surface of the substrate.

They are covered with a coating of tin-lead that provides the requisite protection to prevent oxidation in copper circuits.

The contact fingers on the substrate’s outer edges are plated with a combination of tin-lead, nickel, and gold for optimum conductivity.

The crucial point of note while choosing PCB/PCBA is that a PCB is just a board with a circuit printed on it. PCBA is a full package; it has all the components needed and available for your desired purpose.

Why PCB Assembly is Essential in Product Development?

As already explained, a PCB with components attached is called an assembled PCB, and the manufacturing procedure is called PCB assembly or PCBA for short.

These tiny green chips are coated in lines and copper components that you find at the center of gutted electronic parts.

Their frames are made from fiberglass, copper, and other metallic components, and are carried along with epoxy and insulated with a solder mask.

On a single board, the copper lines called traces electrically link connectors and components.

These features run signals to allow the circuit board to work in a specific way.

These functions vary from basic to complex, but the PCBs size can still be smaller than a thumbnail in size. 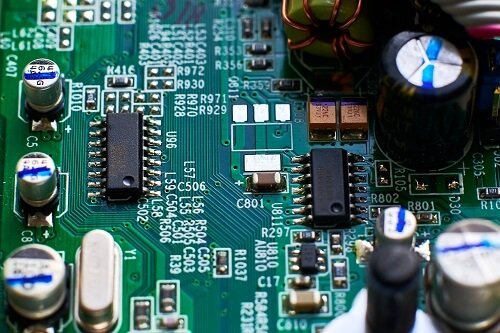 Sensitive components are mounted automatically on the board surface, some minimal such as resistors or diodes.

The surface mounting unit is called the SMD assembly.

It is applied to small components and integrated circuits (ICs).

Some manufacturers can mount a package with a size min. 01005, even smaller than a pencil point size.

The four major phases are as follows:

Organizing the PCB: The assembling process starts with spreading solder paste on the board, specifically on the regions where it is needed.

Reflow soldering: Once the components are inserted, the heating begins using an assembler.

In this process, the heating of the board is achieved inside a reflow oven through an assembler, and this process continues until the solder joints are formed; which occurs by providing the temperature required to solder paste.

Inspection: The last step involves the inspection which is done using an assembler all over during the SMT process.

The thru-hole technology is suitable for the components that are connected with leads or wires by linking them via hole connections.

The components are assembled on one side of the board and soldered on the other side.

This technology is used in PCB assemblies that contain large components, such as capacitors and assembly buckets.

The basic steps of this process are as follows:

Drilling: The initial step involved in this process is the holes drilling on the board.

The holes which are made should be of the right size so the components can be placed easily.

Lead placing: This step involves lead placing which is done using an assembler.

Soldering: This step confirms that the components which are being used should be held definitely in the right place where required.

Inspection: The last step involves inspection which thoroughly checks the whole assembly to confirm whether the PCBA will function properly or not.

An empty PCB board is re-filled or packaged with electronic components to create a working printed circuit assembly (PCA) or PCBA during the assembly process.

The electronic components are placed on holes surrounded by conductive pads with the aid of hole technology.

The pins are positioned on the PCB by SMT to guarantee that the pins are matched with the conductive pads.

The anchoring of electronic components on either side of the board must be adhered to with glue on one side of the board before soldering. The standard operating procedure of testing a PCB assembly is as follows.

Finally, a functional test is conducted to decide whether the PCB is doing its job.

PCBs are simpler to manufacture because they need no assembly.

Whereas, a PCBA is complex because of the different modules that must be connected and the consequent furnace soldering of its links.

The cost of producing a PCB for the same board is much less than making the PCBA system.

There are also considerable costs associated with the additional elements of the PCBA, which increase the total rates of the concluded PCBA.

A PCB is an empty board. It does not have components for the transmission of electricity while PCBA, conversely, is fitted with all the necessary components and ready for use.

PCBs are packed with vacuum packaging and PCBA boards with compartmental or antistatic packaging. 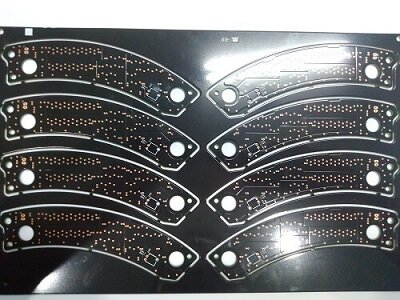 The functionality of a PCB is achievable only after it is assembled. Hence, both terms PCB and PCBA are extensively linked.

Some of the key takeaways of this article are as follows.

PCBA should be understood as completed boards, but the PCBA cannot be counted before the circuit board is equipped with the components needed for functionality.

The components are usually electronic chips, wires, and other electronic parts.

However, there is much more to it since the PCBs come in a variety of packages and specifications.

Common PCBs are made of epoxy glass resin, and they are divided into 4-layer, 6-layer, and 8-layer boards; depending on the number of signal layers.

PCBs are certainly the fundamental building blocks of all electrical systems.

Our society depends on the successful implementation of circuit boards to conduct our affairs effectively.

All the electricity systems of humans will become unusable if this basic piece of technology fails.

There are promising potential possibilities for PCBs and PCBAs generally.

We are constantly moving towards better designs and the ability to fit super complex functionalities into small circuit boards.